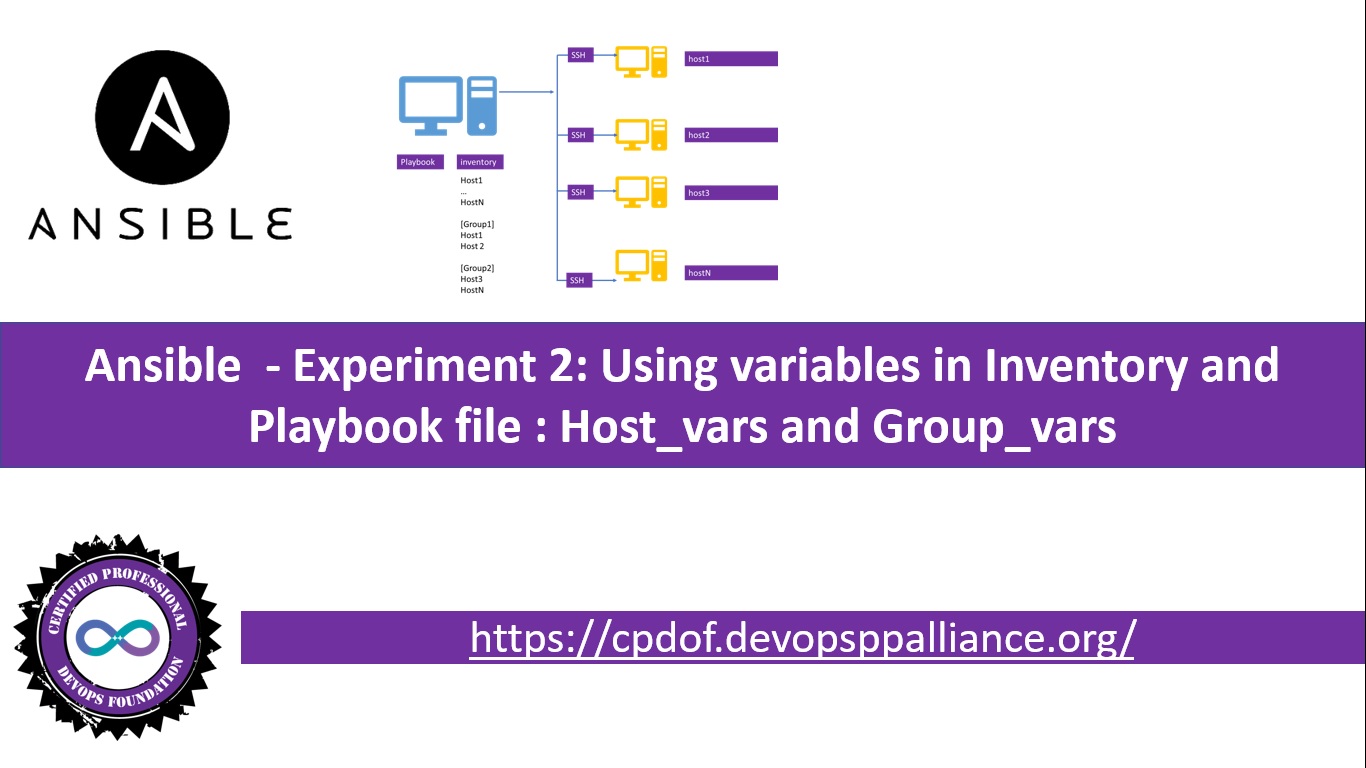 This is my second experiment in the ansible series. You can click here to read the first one

This learning nugget / experiment deals with how to parameterize the hard-coded data within inventory file and playbook.

Hard coded data in any form becomes difficult to maintain. It is always good to separate the same.

Code is as below

It is important to decide if one target host or multiple hosts within a group will require the data that is to be parameterized. Based on this the location of the variable that will hold the data is finalized.

In the above code snippet, there are target host specific variables that can be stored outside the inventory file for ease of maintenance.

Step 3 – Create a folder named ‘host_vars’ at the same level as that of inventory file. Within this folder, create a YML file whose name must be same as the hostname i.e. if the hostname is Host1, then create the file Host1.yml.

Step 4 – Define the variables within Host1.yml

As per requirement, provide the values to the variables within the host YML file.

Similarly within the Group1.yml, variables can be defined which would be available to all hosts within the group.

Output of the connection test is as follows.

The controller has successfully pinged the remote target host.

Hope you enjoyed my second experiment . I would like to mention that this blog is supported by Agile Testing Alliance and DevOps++ Alliance community initiative of helping folks like me and many others.

You can reach out to me on the following URL

and ATA Linked in page is