Back to Chapters Page

ATA Mumbai Chapter is one of the largest community of agile testers in Mumbai. This page is dedicated to all the activities and the events organized by Agile Testing Alliance and DevOps++ Alliance organized in Mumbai region. ATA organizes meetups as a part of the community initiative. The first ATA Mumbai Meetup was held on 28th Sept 2013 at Datamatics. Apart from meetups’ ATA also organizes certification programs on master agile testing (CP-MAT), selenium automation testing (CP-SAT) etc. 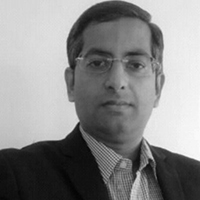 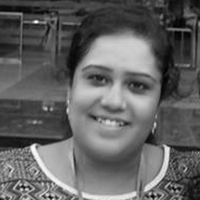 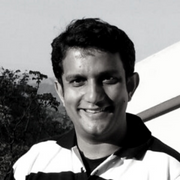 I am a senior management professional with 25 years of comprehensive experience in the IT field, with demonstrated abilities in:

In my last role I was spearheading the function of the Head of Testing Service at Infogain Pvt. Ltd. (formerly called as Blue Star Infotech Ltd.) Mumbai.
I was responsible to grow the testing business for the organization.

I am Test leader working in Capgemini, India with overall 21 Years of Industrial Experience. Including 13+ years of experience in testing. Currently leading a team of 100+ testers for a Nordic Bank. My demostrated abilities are

I am Test leader working in L&T Infotech. having 11+ years of experience.

I am working as a senior software engineer at Capgemini. My expertise are in Data warehousing/ETL Testing along with Banking Domain knowledge. Well versed in Test Data Management Solutions and tools.

I am working as a Quality Assurance expert and a manager with more than twelve years’ experience of testing complex systems and applications, primarily in the financial and mCommerce sector. My expertise spans across test automation consulting, end-to-end test assessment, and mobility QA solutions.

I am working as a QA-Tech lead at CitiusTech. i have a total 14+ years of experience. My Expertise in Team Management & Agile Processes & SQA Processes

I work as a Senior Automation Test Consultant at Sogeti Ireland. My Work experience, in entirety of 10 yrs comprises of working in Software testing for both manual and automation projects assuming various roles primarily being as Test lead across various domains like insurance, aviation, banking, telecom and retail.

My core skills are:

Brijesh Deb, has nearly 15 years of experience of leading, managing and coaching teams on Software Testing and embracing the Agile mindset. He is a Bachelor of Engineering – Electronics and Communication and an Executive Masters of Business Administration in Operations.

Being a hands on software tester for almost a decade and half now has also helped him stay close to technology and understand the intricacies. He has been involved in testing of applications from lightweight mobile apps to the large scale enterprise level data storage solutions.He has worked on many roles from being a software tester to a test manager to a principal consultant He has been responsible for establishing Test Engineering Practice rather than a Testing Practice ​in his previous roles.​ ​ He has worked on testing a wide range of products spanning several domains such as Education, Insurance, SEO, CRM, Storage and Telecom (Mobile Apps and Mobile Devices). Brijesh has extensive experience in setting up a Test Center of Excellence (TCOE) and defining sub functions, roles and goals of each sub function such as Presales, R&D, L&D, Testing Process, Skill and Knowledge Management, Audits, Software Test Automation, Performance Testing . He has been a pioneer in the evolution of a crowd testing service in one of his previous engagements. He is a crowd tester himself.

Impassioned about testing and being a social networking buff, Brijesh has been involved in testing numerous Mobile Apps . Brijesh is also very passionate about training and coaching. Certified in Agile testing, Brijesh is a huge proponent of Agile and and the Agile mindset.Apart from being a tester, Brijesh is an avid talker, he writes blogs, poetry and aspires to be a stand-up comedian!

I am working as a Sr.Test Analyst at Sogeti Nederland, having a total experience of 11+ years. I am deeply involved in initiatives to propagate agile testing awareness, practices and acceptance within the organization and is a working committee member of Agile Testing Alliance(ATA)in India. Over the past few years, I am specialized in managed IT Consulting services as test lead to a team of functional testers & published the execution reports of the team to the stakeholders/Client. I have done Bachelors in Engineering degree from Mumbai University (India). I am Certified Professional in Master Agile Testing (CP-MAT) and Certified Professional in Basic Agile Testing (CP-BAT). I have overall 7.5 years of Software testing experience and my areas of expertise also include domain knowledge of Capital Markets, Retail& Telecom sector.

Aditya has over 19 years of IT experience and he has been a test architect and principal consultant excelling in designing, strategizing and architecting manual and automation testing solutions. His primary focus has been in the area of establishing and leading testing center of excellence and practices, managing large IT projects, undertaking testing process studies using Six Sigma, CMMi and TMM models, proposing QA solutions, performance engineering and architecture reviews, designing automation frameworks, exploring open source test automation tools/frameworks and Business development.

Aditya has not only managed to establish the entire testing services grounds up but has been a chief innovator in testing processes, test automation and performance testing areas. Aditya has set up offshore testing service centers for large clients from sizes ranging from 10 to 100 people.

Ashish Mishra, is an Enterprise Agile Coach and DevOps consultant and has been an early adopter of Agile, practicing XP and Lean development since 1996. He has worked in areas such Agile coaching, DevOps, corporate consulting and public domain training spanning countries like USA, UK, Germany, Denmark, Colombia, Chile, Ecuador, Philippines, Malaysia and Singapore. He has coached directly to various roles such as Product Owner, Scrum Master, Developers, Testers and build teams. Ashish has also co-created DevOps Maturity model with other agile and DevOps evangelist.

He has seen the Agile evolve from Build automation to CI/CD to DevOps over the years and has designed single-click build process and tools involved in the same. He is the steering committee founder member of the Agile Testing Alliance (ATA) and Indian Testing Board (ITB). He is an active blogger and frequent speaker in technology conferences, he has ability to nurture and grow the breakthrough ideas and mentor new talents; his articles are published on Agile Atlas. He has consulted and coached for companies like Barclays, JPMorgan, Deloitte, HSBC, Wells Fargo, Polaris, Datamatics, MindTree, Ness Technologies, Persistent, iGatePatni and L&T Infotech besides running several public workshops. He is the creator of KAGA (Keep Automation Going Agile) Mobile test automation framework using Appium, Cucumber and Jenkins.

Ashish is published author of the book “A Practitioner’s Guide To Test Automation Using Selenium” by Tata McGraw-Hill.

He holds Bachelors Degree in Information Technology with one of the prestigious universities in India. Currently he is working in architecting a Core Banking Application for one of the biggest cooperative society. He has also helped in taking out a book on Selenium “The Practitioner Guide”.