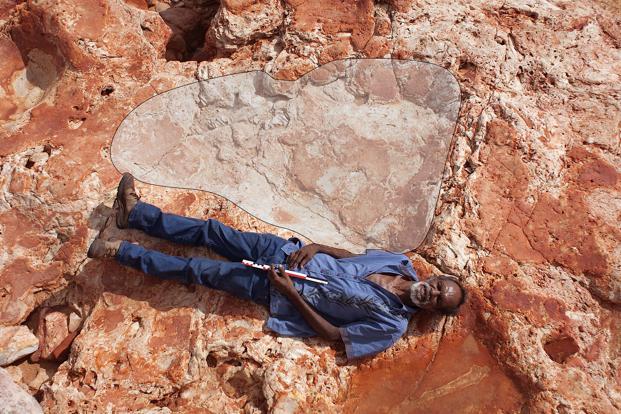 Whenever I read any article about Dinosaur I always get intrigued about Dinosaur’s extinction. While reading through the article about uncovering of largest foot print of Dinosaurs in todays LiveMint article similar thoughts came to my mind, is there something Dinosaur’s could have done to save themselves? Was it their fault or was it destiny? I believe that it was nothing much that Dinosaurs could have done. It was sudden, too swift a change for them to adapt or evolve.

In a recent, very large global conference, #ATAGTR2017 one of the most interesting keynote was given by Mr. Tarun Sharma.

Tarun brought about the classic examples of Nokia v/s Blackberry v/s Android smart phone story in his keynote. Question here is could Blackberry or Nokia would have done things differently for them to not become Dinosaurs of the mobile space. Here I feel that even though the warnings were clear and straight they were not able to manage it properly. There could be potential so many other examples where large organizations are not able to evolve and they get extinct not because the change is swift but due to their large size and their inability to adapt.

This is more than true in today’s changing IT landscape. With DevOps, Agile and new age technologies like BigData, Analytics, Machine Learning, Deep Learning, IoT, RPA all around us can large IT Service organizations who are not able to adapt fast be the new Dinosaurs.

Is this true for individuals as well?

Someone who was expert in Cobol language in y2K era, if they did not pick up new skills wouldn’t they would have gone out of market soon after y2k was over?

The biggest worry according to me is the QA and testing professionals, more than 90% are not comfortable with coding or they get scared by seeing few lines of code.

Going back to Global Testing Retreat #ATAGTR2017, this fact was highlighted during the panel discussions. Brijesh Prabhakar who is head of L&T Infotech Testing services, highlighted his initiative where the entire population of manual QA and testing professionals are being groomed and coached in Java and Selenium.

Kudos to this initiative and Kudos to the entire testing population to get over the fear and take the challenge of learning automation skills.

Agile Testing Alliance also ran #TesterBhiCoder initiative where every tester was given free selenium training and exams for CP-SAT were conducted for more than 300 professionals during November, December 2016

I would request all the IT Professionals specially QA and Testing professionals to start looking at avenues for their own upskilling and not wait for their organizations to nominate them for trainings and workshops. The warning signs are loud and clear. Look for your own benefits. The changes are happening. We have time to adapt. We have time to learn and go one up, lest we go extinct.

For every tester, test lead or test managers acquiring more technical skills is really a must.

Also look out for DevOps++ Alliance. If you want to be part of these great initiatives individually or at corporate level do let us know.